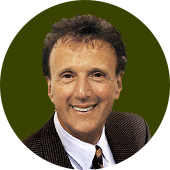 NFL WEEK 1 IS OFF-AND-RUNNIN’ AND NINERS, ‘BOYS AND TOMMY B. ARE ALREADY IN A HOLE …

THE COLLEGE GRIDRON REPORT: THE HEAVYWEIGHTS THAT DIDN’T COVER THE ALL-IMPORTANT PRICE TAGS

First things first … it’s good to be back.

After months of believing that this here-and-now 2020 National Football League season wouldn’t happen at all – or at least would start somewhat later in the calendar year – Commissioner Roger Goodell’s troops “pulled it off” and played a full Sunday schedule (after Kansas City’s thorough 34-20 win against Houston last Thursday night) and dang it if there weren’t a slew of top-notch story lines.

And we still have two more prime-time games here on NFL Week 1 Monday Night Football and you better believe Vegas Sports Masters is gonna be banging out the Side & Totals winners as the Pittsburgh Steelers play at the new-look New York Giants (kickoff at 7:15 p.m. Eastern time) followed by the Tennessee Titans at the Denver Broncos (approximately 10:10 p.m. ET). Check it our right here at VegasSportsMasters.pro or call our toll-free telephone # of 1-888-777-4155 and cash in big with plus get all the Major-League Baseball.

Okay, so according to our pointspread records the Betting Favorites and Underdogs split Sunday’s “baker’s dozen” games – six wins for the chalk, six wins for the point-grabbers and one prime-time pick ‘em affair with the Los Angeles Rams besting the Dallas Cowboys 20-17.

And so, let’s start there on the left coast:

The ‘Boys were the betting favs all week long right up until kickoff at brand-new SoFi Stadium – in fact, the number went from Dallas minus a deuce to pick ‘em during the course of the day on Sunday – and you just know there’s loads of Cowboys’ fans hootin’ and hollerin’ regarding that OPI (as in offensive pass interference) late in the game on the long QB Dak Prescott-to-WR Michael Gallup throw with :21 remaining in the final frame.

There was also another group of “Fans” hootin’ and hollerin’ after the game last night as well…and those were Jim’s followers, as he made the Rams’ Upset a featured SNF Release.

Ask us and we say Rams’ CB Jalen Ramsey “sold” the play big-time but while lots of folks are pointing the finger of blame at the zebras, let’s not forget first-year Dallas head coach Mike McCarthy clearly blew it by not opting for a game-tying field goal some three minutes into the fourth quarter – the fourth-and-three play from LA’s 11 yard line failed to produce the needed first down. We’re not second-guessers – McCarthy should have kicked the FG and moved on. ‘Nuff said.

Meanwhile, there was season-opening heartache too for the defending NFC champion San Francisco 49ers, 24-20 home losers versus 6.5-point underdog Arizona and you gotta wonder if anyone on SF read the scouting report on newly-acquired Cards’ WR DeAndre Hopkins (see 14 receptions worth 151 yards).

Jim’s Numbers Guys did as the Cardinals plus the points was Jim’s STEAM PLAY OF THE DAY…another OUTRIGHT DOG WINNER.

True, Arizona is gonna be a dangerous team this season – remember they covered seven of their first nine games as underdogs last year – but the early-bird “flip side” says that maybe this Niners team will struggle all year long as favorites and especially if all-world TE George Kittle (only four catches for 44 yards) isn’t more of home-run hitter.

Finally, let’s weigh in those QB Tom Brady-led Tampa Bay Bucs: Okay, so a season-opening 34-23 loss at 4-point fav New Orleans is nothing to fret about but a pair of Brady INTs – including that devastating “pick six” by Saints’ CB Janoris Jenkins – really unnerved a Tampa Bay team that committed a slew of penalties and got zilch from WR Mike Evans (one late-game TD catch from two yards out). We remind you that the Bucs were among the top four or five teams in the league when it came to preseason “win it all” odds (see 14-to-1 around here) … they didn’t play like a real Super Bowl contender out of the chute.

No SEC. No Big 10. Heck, no Mountain West and no Mid-American Conferences either in this Covid-19 season but yet there were plenty of “name teams” that didn’t exactly start off with a bang this past weekend.

Florida State (- 12.5) – Wow, it’s good to see that the Seminoles can lose a season-opening game no matter who coaches (a little sarcasm there!). First-year boss Mike Norvell followed in the footsteps of Willie Taggart who lost his opener in both of his years at Tallahassee and Jimbo Fisher who lost his last season-opener with the ‘Noles back in 2017. Don’t look now but FSU is a collective 12-24-1 ATS (against the spread) since the start of the ’17 campaign. Ugh.

Notre Dame (- 21.5) – The ND Fighting Irish failed to cash its rather lackluster 27-13 home win against Duke this past weekend as the Blue Devils cranked out 246 yards in the first half. No doubt Notre Dame was being asked to lay a monstrous price against a well-coached David Cutcliffe team but gotta believe an Irish gang lacking (for now) big-play wide outs could be a season-long liability as hefty favs.

Iowa State (- 12) – Yes, the Cyclones received lots of summertime “love” from the experts out there (we’re watching “Bear” on ESPN!) but not showing up against these early-season non-league folks is getting ridiculous. Last year it was a 29-26 non-cover triple-OT win against 23.5-point pup Northern Iowa and this time it was a humbling 31-14 loss to Louisiana. True, the Ragin’ Cajuns scored a pair of special teams touchdowns but toss that aside and you saw I-State slinger Brock Purdy complete just 16-of-35 passes for 145 yards and no TDs. Heck, that’s no way to start off an alleged Heisman Trophy campaign, is it? One update on Iowa State: Maybe the ‘Clones are holding out for the Big 12 games – ISU’s a nifty 22-13 ATS when facing conference foes the past three-plus seasons.

With the line-maker and the public struggling this weekend, Jim made it a lot easier with a 3-0 BLUE RIBBON CLUB SWEEP, cashing South Alabama (+10.5) over Tulane 24-27 Saturday and the Packers (+2.5) over the Vikings 43-34 and Rams over the Cowboys 20-17 on Sunday. BLUE RIBBON Membership is ONLY $99 for 4 Weeks…and that includes tonight’s MNF Best bet FREE…(See Details Here)